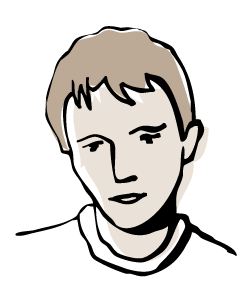 Hello, my name is Andy. I am a big car fan. My home in Alice Springs has two garages and a large driveway which are full of different types of vehicles. I have a truck, several caravans a luxury sports car and several saloons. There is nothing I like better than tinkering with the different components and tuning each vehicle up. Every weekend, I head out on the road and enjoy the thrill of driving around this amazing country. I decided to start this blog to encourage and help other DIY automotive fanatics. I hope you find the information useful.

If you're a relatively inexperienced driver you ma …

Medium-duty tyres and wheels are best used on pick …

When renting a moving truck, you may not realize t …

A used caravan can be a great purchase for any fam …

Detach The Cables From The Terminals

Your car battery is likely located under the bonnet, but keep in mind that it may also be in the trunk in some models. When you find the car battery, your next job is to pinpoint the specific location of the battery terminals. The terminals are typically found on the battery and are concealed with rubber or plastic covers; so you should not have much trouble identifying them.

Detach the cables connected to the battery terminals to ensure a thorough rust removal job. Keep the cables safely away until you're in a position to re-connect them to the terminals. You may need to use a wrench to release the nut that holds the cables in place.

Use White Vinegar And Water

Fill up a spray bottle using both water and white vinegar in equal quantities. White vinegar contains acetic acid, which reacts with the rust to lift it off the surface of your car battery terminals. Simply spray the area using the mixed solution and let it rest for several minutes.

After the solution has had time to work, use a slightly abrasive cloth to wipe the rust away. You may have to repeat this step multiple times, but you'll eventually be able to eliminate all the rust from the surface. You can even use a soft toothbrush to remove the rust from the surface of your battery terminals. Clean the terminals with water once you've removed most of the rust.

Reconnect The Cables To The Battery Terminals

Make sure you re-connect the cables to the terminals in the exact same manner you removed them or else your car won't start properly. Reconnect both the positive and negative cables and use the wrench to tighten the nut securely. Close up the terminal with the cover. Start your car to test whether everything is functional.

These efforts will help you prevent rust from harming your car battery, so follow them diligently in your effort to extend its lifespan. Visit a site like http://www.wollongongmechanical.com.au for more information on maintaining car batteries.